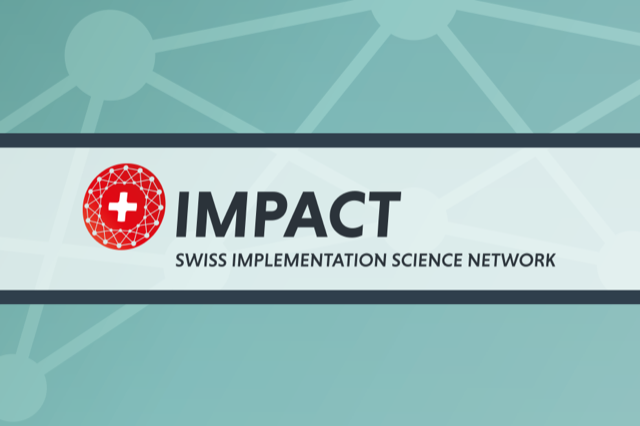 Proposal for a National Research Program

The Swiss Implementation Science Network (IMPACT) has submitted a proposal for a National Research Program (NRP). The title of the proposal is “Improving Effectiveness in Health Care through the Targeted Transfer of Research Findings into Practice.”

The translation of promising scientific findings from clinical research to patient care is often referred to as the “valley of death” because this transfer is frequently unsuccessful.

In recent years, there has been a growing recognition that the implementation of evidence-based interventions must be actively researched, considering the context in which research findings are implemented to achieve appropriate uptake. The interaction between the context, the actors operating within, as well as the intervention to be implemented strongly determine the extent to which research findings are applied in practice.

By studying these interactions, the NRP aims to contribute to increasing the value of academic clinical research, reducing low-value-care, and developing sustainable health care. 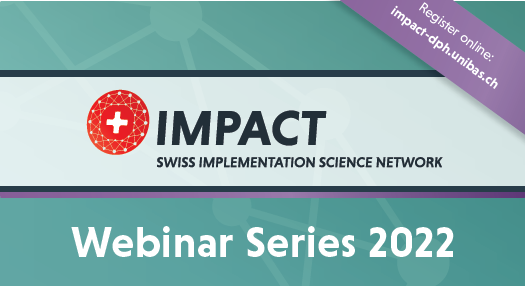 Join our Webinar Series 2022 to delve into a wide range of topics in the field of implementation science: from health policy and environmental health to sustainability research and artificial intelligence. 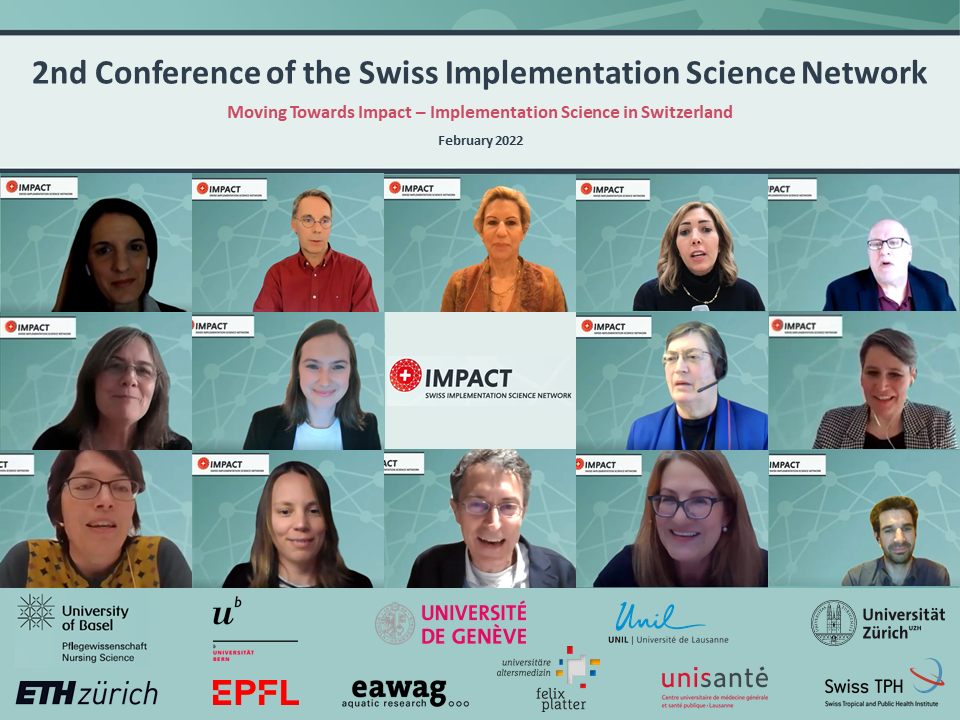 Greatly inspiring keynote talks and a moving roundtable discussion showcasing the impact implementation science can have in the real world. We look back on 2 + 1 really special conference days connecting over 100 participants from 5 continents. 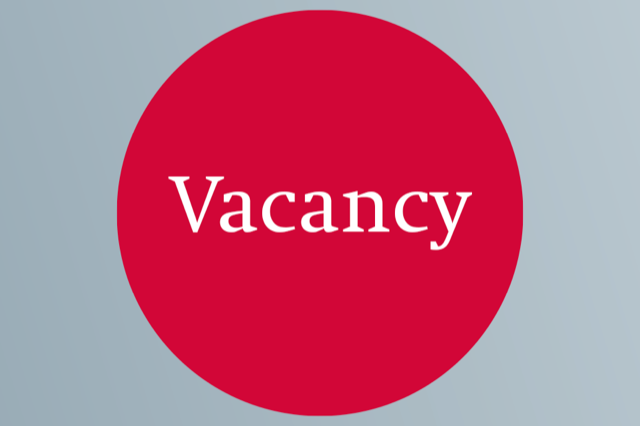 At the University of Geneva, the Section of Pharmaceutical Sciences’ medication adherence and interprofessionality research group is seeking a Post-Doctoral Fellow (85-100%) for 3 years. This research position will mainly focus on using implementation science methods to adapt, implement and evaluate myCare Start, an interprofessional intervention program for community pharmacies in Switzerland to support outpatient medication adherence. 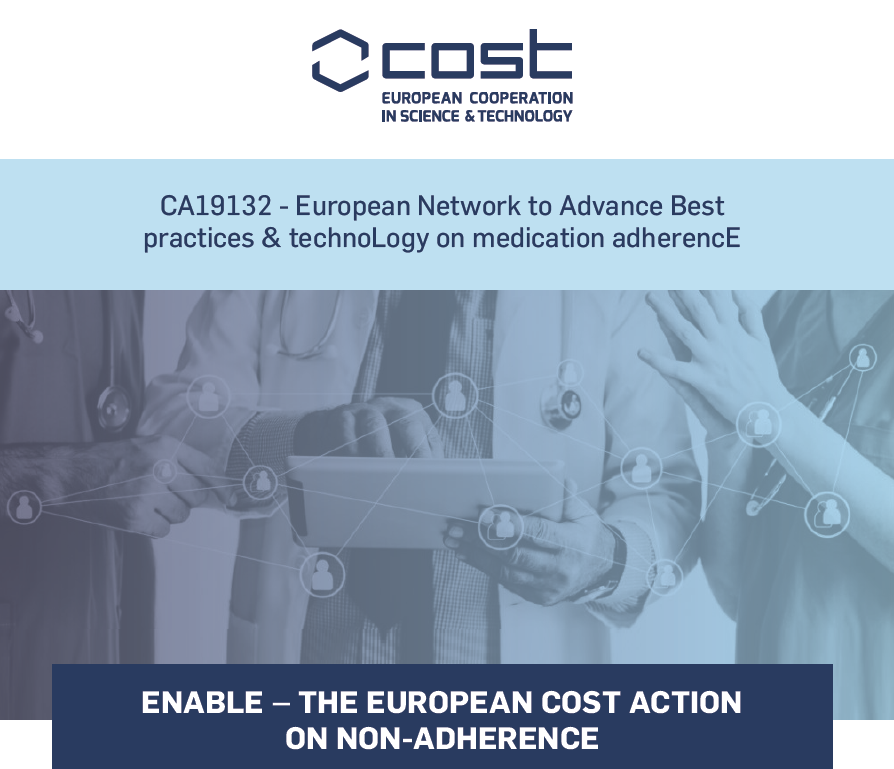 Join the unique Swiss ENABLE online conference on 18 March 2022 from 13:00 to 17:00 CET to start priority setting for moving the field of medication adherence forward in Switzerland and Europe thank to a dynamic exchange with all stakeholders (healthcare providers, patients, industry, national agencies).

This conference stems from the Cooperation in Science and Technology (COST), a European collaborative action launched to join forces to address medication adherence in European health care systems: “European Network to Advance Best practices & technoLogy on medication adherencE” (ENABLE) CA19132. Switzerland is part of this COST action among 38 other European countries. Please find further information in the program. 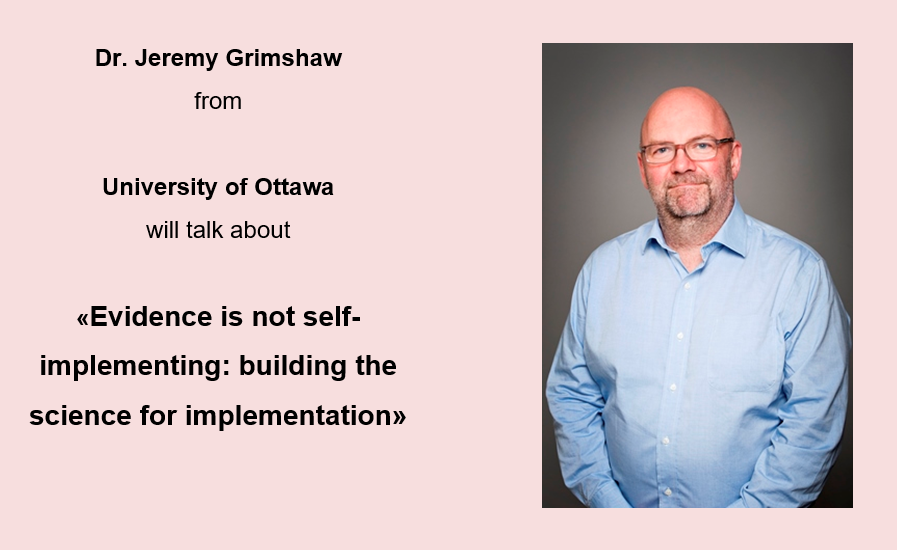 «Evidence is not self-implementing: building the science for implementation» with Dr Jeremy Grimshaw who is an internationally recognized leader in implementation research. The lecture will take place on Thursday, 11 November 2021 at 4:00 pm online via Zoom (details in the flyer). 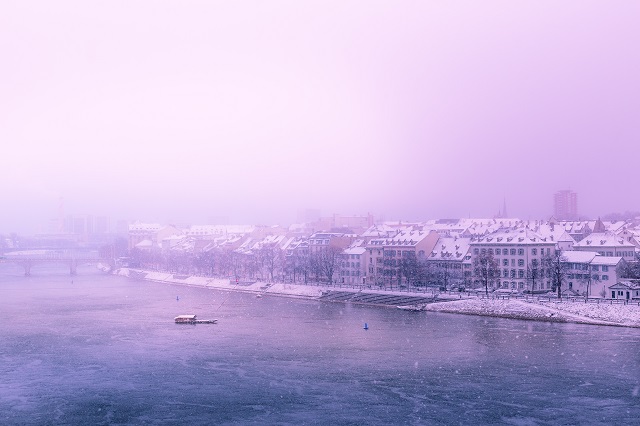 Institute for Implementation Science of Health Care IfIS of Zurich – The final program of the launch event is out!

The IfIS has recently opened within the University of Zurich and is having a launch event in October: check our final program. The Institute came to life with the apparition of a new research strategy: the necessity of reducing the gap between research findings and their application in practice calls for an evolution of our research approaches. We are pleased to invite you to join the event virtually on Thursday 28th October 2021 starting at 4.00 pm. Do not forget to register.

The first part, with Dr. Per Nilsen from the University of Linköping (Sweden) as keynote lecturer, is aimed at people looking for an virtual introduction to Implementation Science. The second part is aimed at researchers coming with their own project where Implementation Science may be applied and willing to work on it in groups. IfIS Professors will support you; this class will take place physically at the Zentrum für Weiterbildung of the UZH. Find more info about Implementation Science and the Masterclass program. Register before 31. October 2021! 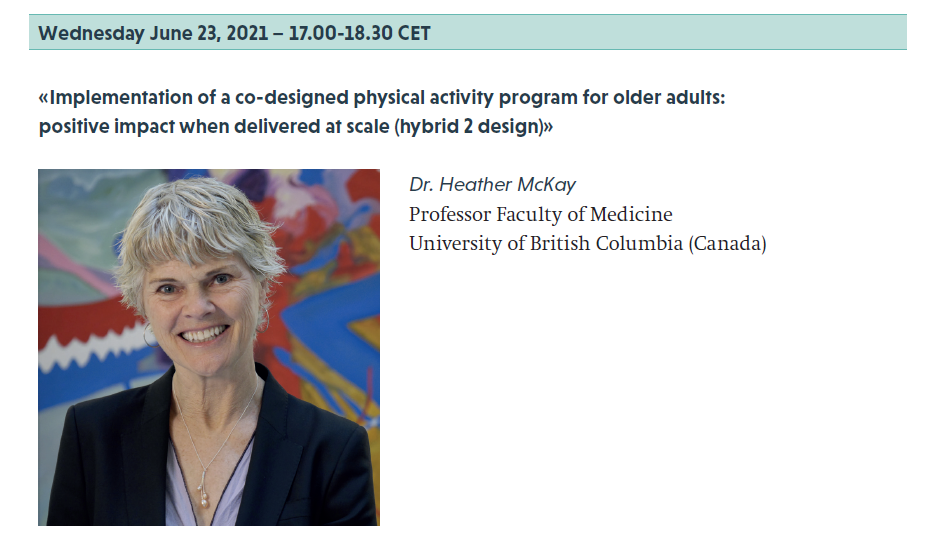 We are very much looking forward to our 2nd IMPACT webinar on 23 June 2021 at 17.00 to 18.30 CET. We are excited to welcome Dr Heather McKay and Dr P.J. Naylor from the University of British Columbia, Canada and to discuss the insights with you. Come and join us, registration is free. 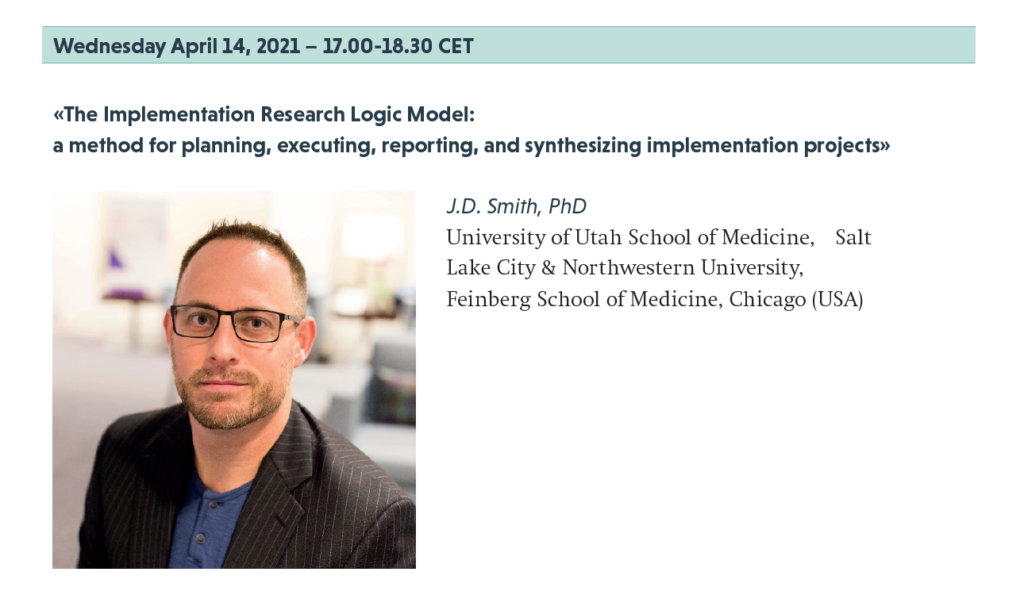 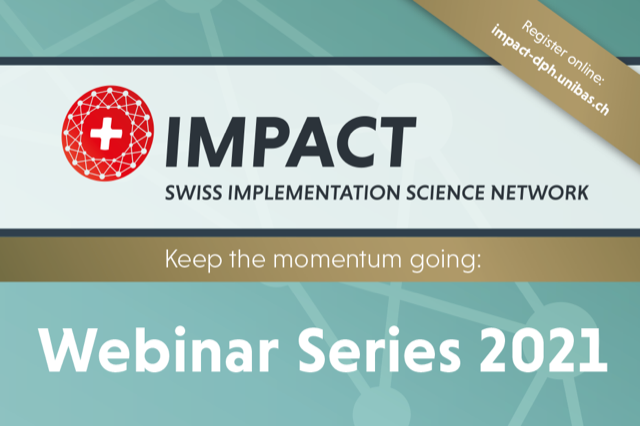 Keeping the momentum of our successful launch with the 1st Conference and Masterclass Series going, an Implementation Science Webinar Series will be offered starting April 14, 2021. To learn more about the webinar series and to register for the individual sessions, click here.

Prof. Dr. Sabina De Geest has been appointed to the Editorial Board of the journal Implementation Science

Implementation Science is a pioneering, highly-accessed journal dedicated to publishing evidence regarding methods for promoting the uptake of consolidated research findings into routine healthcare practice and health policy. 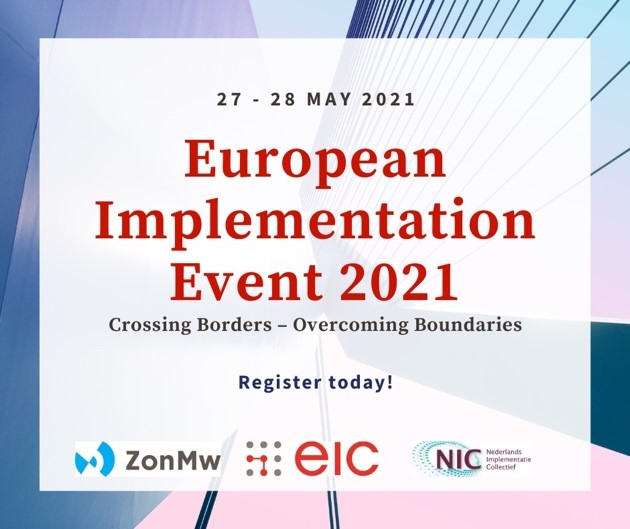 The EIE2021 is the first European event where implementation – the translation, uptake and integration of research findings within the daily routines of human services – takes centre stage. Implementation draws on multiple disciplines and perspectives including sociology, psychology, organisational theory, social and political science aiming to give voice to both providers, and their clients, patients, students and others who are the end-users of services. The EIE2021 will present and discuss knowledge and ideas on how to effectively cross borders through implementation science and practice and thereby change boundaries. The event will be live broadcasted from The Netherlands and feature speakers from all over the world. Register here to enjoy the latest implementation insights right from your living room. Early bird registration closes on 28 February 2021.

The Opening Conference had a great IMPACT:

Interesting keynote speeches, interactive polls and expert discussions. The audience was international and numerous: 237 participants from 25 countries followed the event live. The video of the opening event can be viewed by clicking on the image to the left. The successful launch of IMPACT will be followed by a virtual masterclass series with five masterclass sessions in the weeks between 27 January and 3 March 2021. In each of the masterclass sessions, international experts will present both the theoretical foundations of implementation science and practical examples of Swiss implementation projects.

We are pleased to announce the 1st IMPACT Conference!

The conference will be a virtual event with two parts: an opening event on January 22, 2021, as well as a virtual Masterclass series on Implementation Science with five online lectures starting January 27, 2021. The detailed program can be found here. We look forward to welcoming you virtually to participate in a tremendously exciting phase in Swiss health care research! 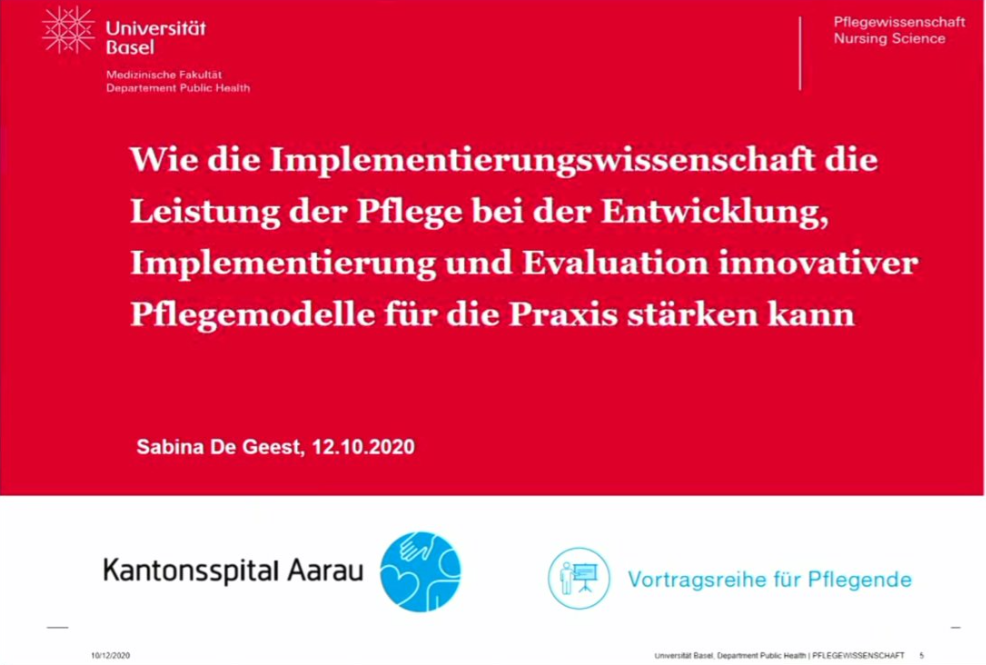 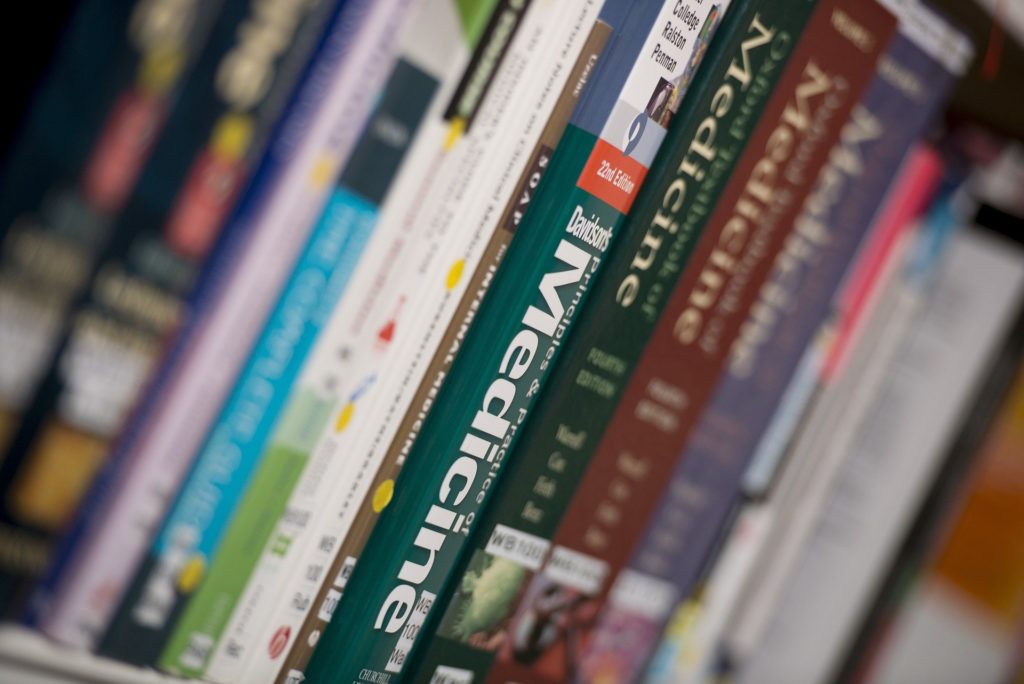 The most recent publication: Powering Swiss health care for the future: implementation science to bridge “the valley of death” reflects the viewpoint of including Implementation Science as an integral element in Swiss health research and announced the launch of IMPACT: https://doi.org/10.4414/smw.2020.20323

Dr. Thekla Brunkert (IMPACT co-founder) has been elected to the board of the European Implementation Collaborative (EIC). As an international network, the EIC connects various national Implementation Science associations and offers various opportunities for international exchange and collaboration between researchers, practitioners and organisations.